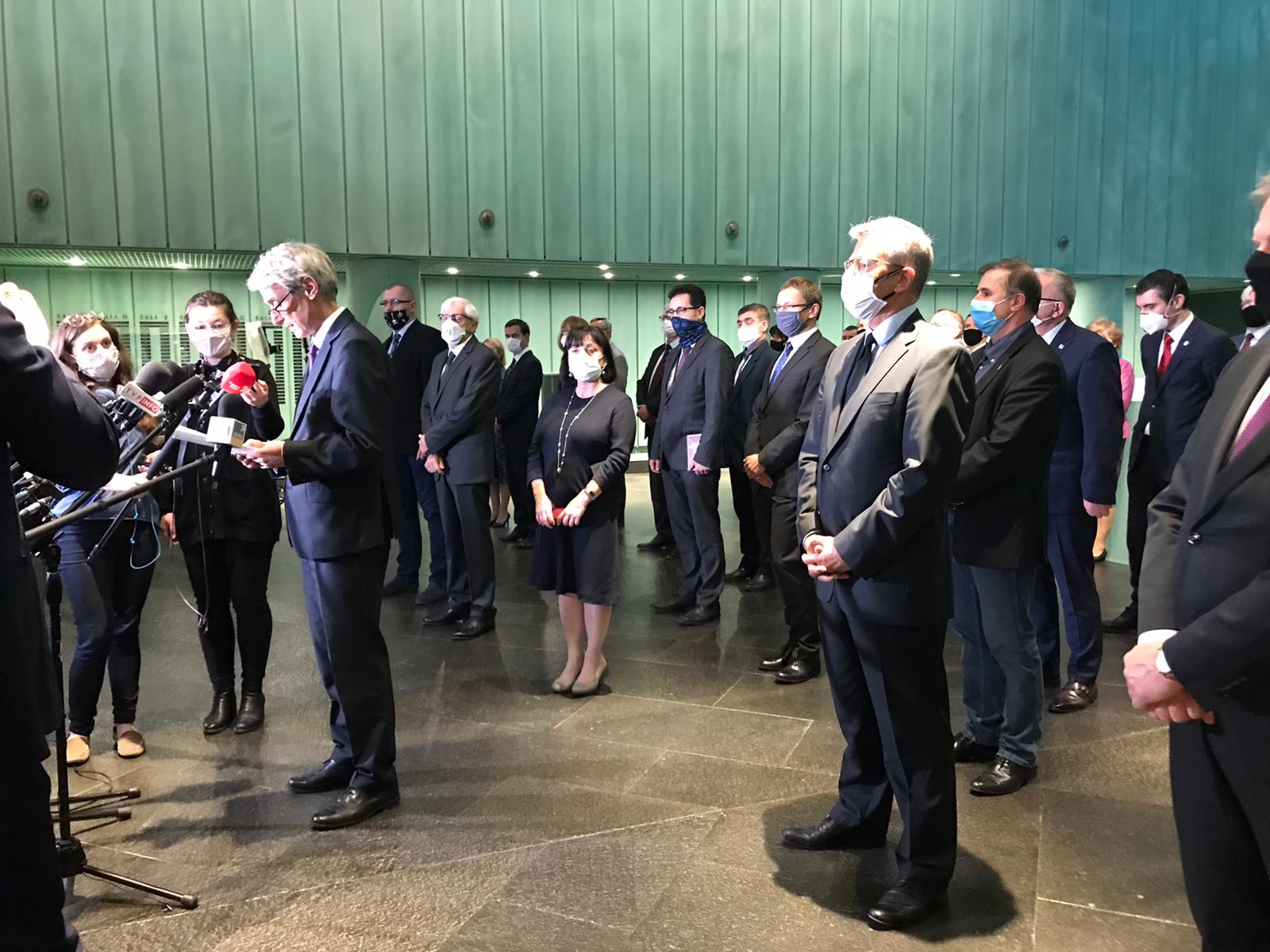 In recent days, we have been dealing with events in the Supreme Court whose formal objective was to select five candidates for the position of the First President of the Supreme Court. In fact, the aim was to include among the candidates a person who, prior to the General Assembly meeting, had already been decided by the decision-makers to hold this position. This is demonstrated by the following circumstances, in addition to the recent changes to the provisions of the Supreme Court Act, which have been amended several times in recent times:
- The manner in which the General Assembly of the Supreme Court judges was conducted first by SSN Kamil Zaradkiewicz and then by SSN Aleksander Stępkowski, consisting in rejecting - not putting to a vote - practically all motions submitted by the judges, also when the motions were submitted by the majority of the members of the Assembly; the motions for setting the agenda of the Assembly and establishing the rules of procedure were not put to a vote, despite the fact that the deliberations were held in conditions of epidemic threat, in several rooms;
- completely arbitrary rejection by the Chairman of the results of the secret ballot for the members of the Ballot Committee, established by the Committee appointed jointly by the Assembly, composed of representatives of each of the Chambers of the Supreme Court. Chairman Kamil Zaradkiewicz, independently and contrary to the Committee, established the result of this vote;
- unlawful, non-compliant with art. 13 § 7 of the Act on the Supreme Court, rejection by Chairman Aleksander Stępkowski of the motion to elect a person who will present the President of the Republic of Poland with a list of candidates for the position of the First President together with the voting record;
- unjustified and illegal rejection by Chairman Aleksander Stępkowski of a motion for the General Assembly to adopt a resolution to present five candidates to the President, even though the obligation to adopt such a resolution arises under Article 183(3) of the Constitution and has been confirmed by a decision of the Constitutional Tribunal. The absence of a resolution results in the fact that the election procedure has not been completed, and thus the first President cannot be appointed. It should be added that only one candidate, SSN Włodzimierz Wróbel, received over 50% of votes.
The number and scale of these violations, including infringements of the law, will cause the position of the First President of the SC (regardless of who he/she is) to be challenged and weak, as the allegations of illegality of the procedure that led to the appointment may be raised. This will weaken not only the credibility of the First President, but also the authority of the Supreme Court.
Today, on Justice Day, we wrote to the President of the Republic of Poland with a letter describing in detail the irregularities that occurred, and we count on the President's deep reflection on whether the appointment of the First President of the Supreme Court in these conditions will contribute to the improvement of the rule of law in Poland and strengthen confidence in the Supreme Court.
Finally, on behalf of the judges I would like to thank everyone for the support they have given us in various forms, judges of common courts, organizations and citizens who did it through social media, as well as those who supported us here in front of the building of the Supreme Court, exposing themselves to the interventions of the Police.