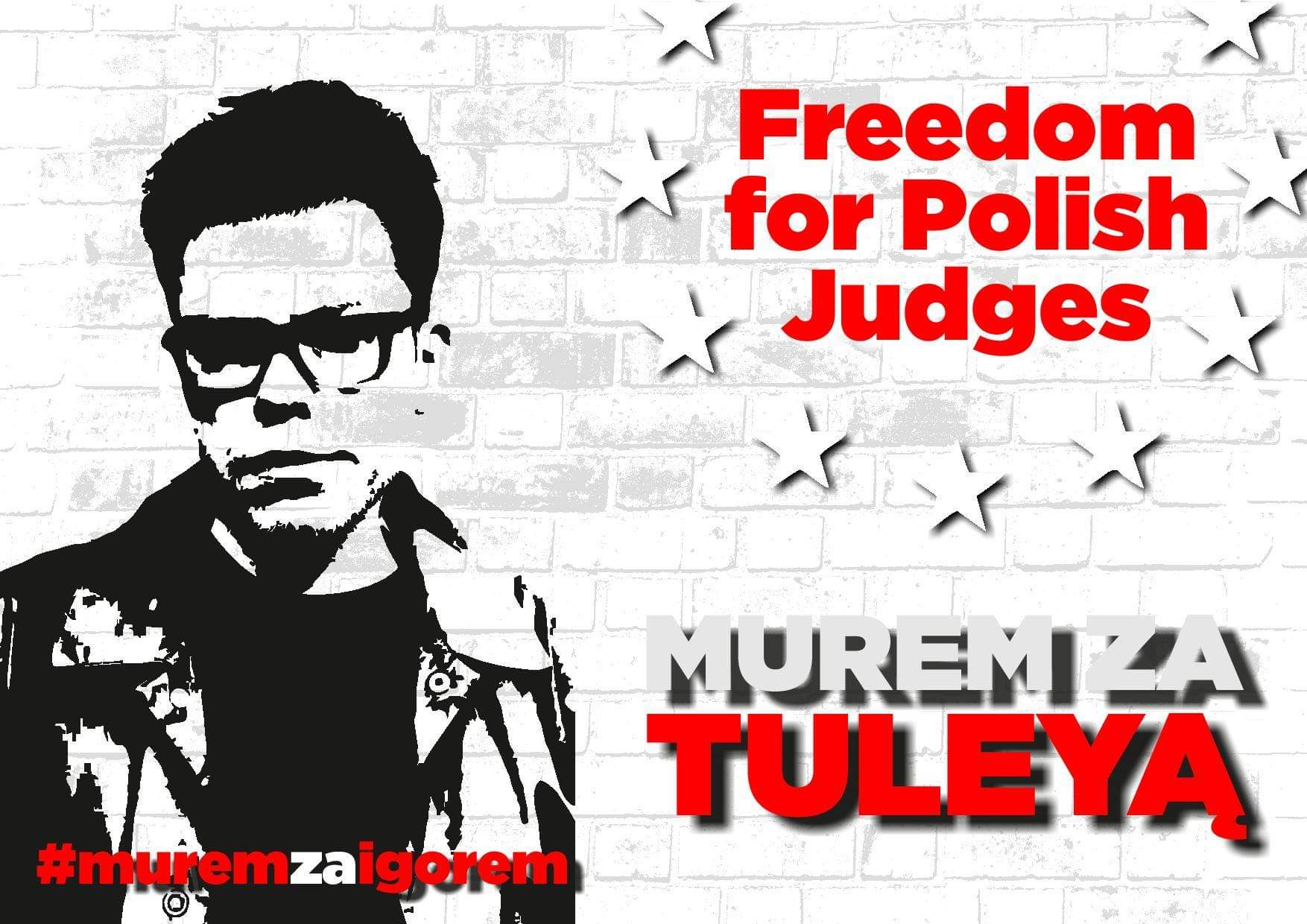 On 5 October 2020, in Warsaw, the politicised Disciplinary Chamber of the Supreme Court will hold a meeting to waive judge Igor Tuleya’s immunity. This is another act of negating the validity of the ruling of the Luxembourg-based Court of Justice of the European Union (CJEU) by the Disciplinary Chamber. In the judgment of 8 April 2020, case C-791/19 Commission v. Poland, the CJEU ordered the suspension of the Disciplinary Chamber’s activity in cases of disciplinary liability of judges.

Instead, the Polish Disciplinary Chamber continues in its activities. On 23 September 2020, the Disciplinary Chamber issued a decision which contained the view that “the CJEU ruling of 19 November 2019, in joined cases C-585/18, C-624/18, and C-625/18, cannot be considered binding under the Polish legal system (link to the decision: http://www.sn.pl/sites/orzecznictwo/OrzeczeniaHTML/ii%20do%2052-20.docx.html).

Judge Igor Tuleya is being prosecuted in connection with a ruling in which he ordered the National Prosecution Office to explain the irregularities during the parliamentary vote in December 2016, committed by MPs of the ruling party.

Judge Igor Tuleya announced he reckons with the possibility that his immunity is lifted. If this should happen, he will be automatically suspended as a judge. “This is a method of eliminating judges inconvenient for the authorities. Such an investigation may drag on for years, while during all that time, Igor Tuleya will be unable to adjudicate and will have a reduced salary. It would be a blow to the rule of law throughout the European Union,” points out the president of the Association of Polish Judges “IUSTITIA,” Prof. Krystian Markiewicz.

Iustitia, the largest Polish association of judges, has planned a demonstration supporting Judge Tuleya on 5 October 2020.

Moreover, on 2 October 2020, there will happen an online Europe for Poland lawyers meeting on Zoom.

On 5 October, in solidarity with Judge Tuleya, judges from all over Poland will participate in an online solidarity campaign by sending pictures made in front of their courts.

“The case of Igor Tuleya is to show other judges what will happen to them when they would rule in ways that – for one reason or another – may not suit the ruling party. The plan is for all judges to be afraid that the Disciplinary Chamber will judge them as they do with Igor Tuleya, which will decide on his fate,” said the judges from Iustitia.

Igor Tuleya, b. in 1970, a member of the Association of Polish Judges “Iustitia” and, since 2010, a judge of the District Court in Warsaw, rules in criminal cases.

The motion to waive Igor Tuleya’s immunity is related to his ruling on the so-called voting in the Column Hall. Opposition MPs alleged that their access to this hall was hindered.

On the other hand, the investigation into the voting in the Column Hall was discontinued once more.

Currently, the only person prosecuted by the prosecution in connection with this case is the judge who has pointed out irregularities in the operations of the politically managed National Prosecution Office.

The Disciplinary Chamber is to rule on waiving Tuleya’s immunity. This chamber was established in its entirety by the so-called neo-National Council of the Judiciary (neo-NCJ).

The neo-NCJ was created solely by the Polish Sejm. The 25-person NCJ now includes 15 judges who mostly received court president appointments by the current Minister of Justice Zbigniew Ziobro. In recent years, the NCJ has not even once defended the independence of the judiciary against political pressure.

The first motion to waive immunity was rejected; however, on 5 October 2020, the Disciplinary Chamber will examine the National Prosecution Office’s appeal against this decision.

14 February 2020: motion to adopt a resolution to waive Tuleya’s immunity by the National Prosecution Office who seeks to charge with the following: “on December 18, 2017, in Warsaw, as a public official, a judge of the District Court in Warsaw, publicly failed to fulfill his official duties by allowing representatives of the mass media to record images and sound during a court session.”

9 June 2020: the Disciplinary Chamber declined the motion in a resolution.

5 October 2020: the Disciplinary Chamber will examine the complaint.

9 August 2018: Judge Tuleya is called upon to submit “a written statement regarding the comment for the TV program Fakty po faktach (Facts after facts).

14 August 2018: Judge Tuleya is called upon to submit “a written statement regarding the possible dissemination of investigation information regarding the vote in the Column Hall to the public and without permission.”

5 September 2018: Judge Tuley is summoned as a witness “in the case of exceeding the freedom of public expression available to a judge during the PolandRock Festival.”

21 September 2018: Judge Tuleya is summoned as a witness “in the case of the request of the District Court in Łódź to the CJEU for a preliminary ruling.”

8 October 2018: Judge Tuleya is called upon to “submit a written statement regarding his participation in a meeting at the European Solidarity Center in Gdańsk on September 28, 2018.”

8 October 2018: Judge Tuleya is called upon to “submit a written statement regarding his participation in a meeting in Lublin on September 30, 2018.”

29 November 2018: Judge Tuleya is requested to submit “a written statement regarding possible judicial intemperance by causing the District Court in Warsaw request a preliminary ruling from the CJEU.”