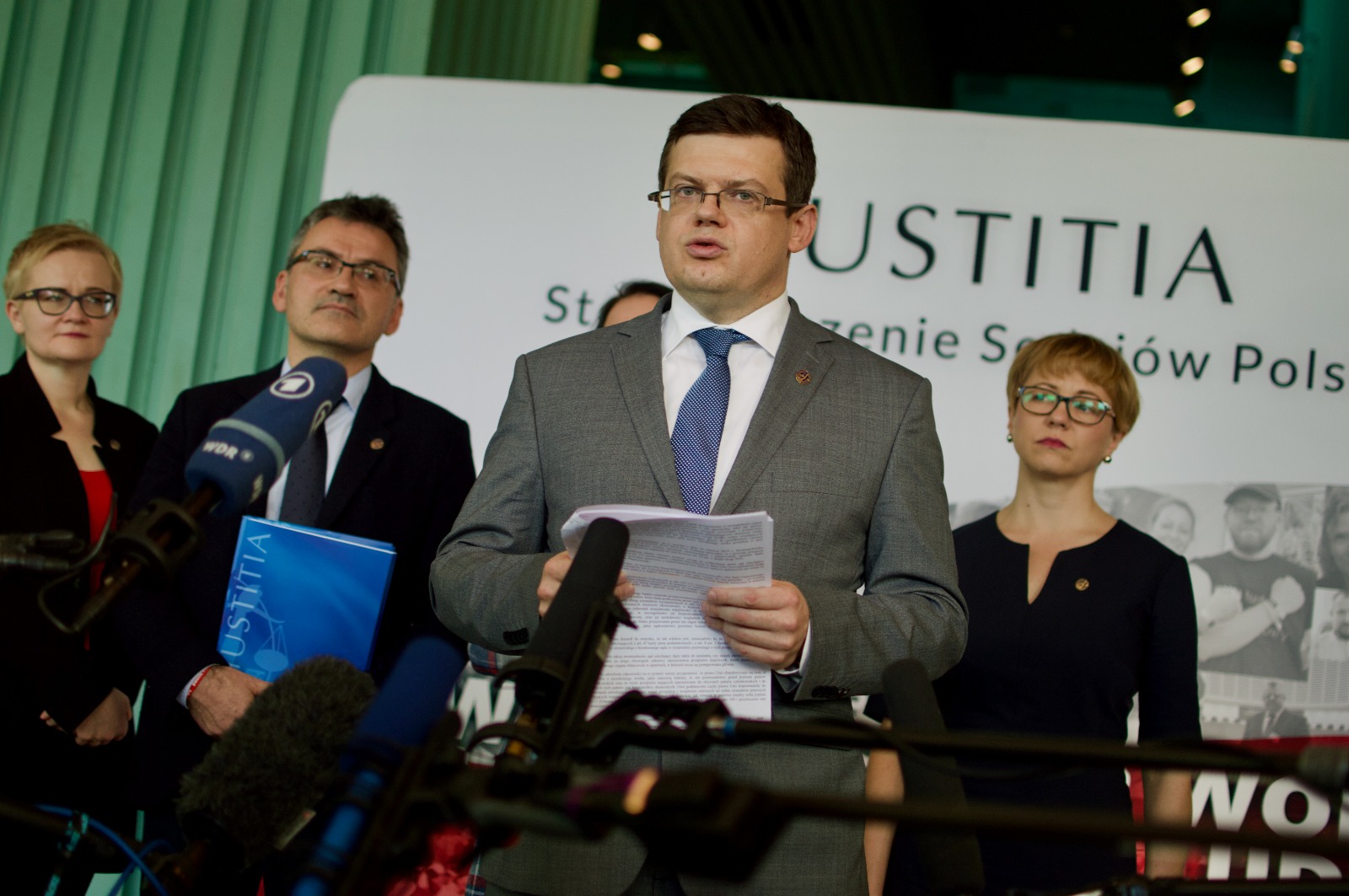 October 28, 2020 Position of the Polish Judges Association IUSTITIA over the status of the  Constitutional Tribunal

This situation is dangerous for the state stability. The Tribunal`s verdicts rendered by panels with understudy judges not only they has not legal power, but are also not accepted by society. The situation, when on one hand the citizens do not have the constitutional legal protection and on the other hand the politicians having the power over the post important institutions put themselves above the law cannot be accepted.

Therefore we call all the institutions, associations and other groups, for whom the prosperity of our country and social stability to for an effort to prepare comprehensive legislative changes in order to restore  the independent judicial institutions as guardians of every Polish women and men rights., Those institutions would become a real counterbalance to the legislative executive powers. Politically influenced Constitutional Tribunal, State Tribunal and National Council of the Judiciary have depreciated completely and do not meet the constitutional standards on the ground of the judiciary and protection of the citizens rights anymore. That is why we believe that that the change of the Constitution is necessary. Both Constitutional Tribunal and the State Tribunal should be replaced by a new, non-political Tribunal of the Republic. At the same time the constitutional and European principle of electing the judges – members of the National Council of the Judiciary by judges – not the politicians should be brought back.

Apart of the all abovementioned change, despite the tragic situation of the Polish judiciary at the present, we call all independent judges to assess during their rulings, whether any verdict of the Constitutional Tribunal with “double judges” in the panel is valid and final.

The Constitution of the Republic of Poland was established in favor of all citizens and not only for those who believe in one religion, and the list of its principles is not the reflection of the one and only moral system. The Tribunal`s role is not and never has been to impose its worldview and morality on the whole society. In a situation where the Constitutional Tribunal has ceased to fulfill its functions, the independent courts of the Republic of Poland bear the burden of the rights and freedom of every human being.

1. At its last session on October 8, 2015, the Sejm (lower chamber of the Parliament) of the 7th term elected Roman Hauser, Krzysztof Ślebzak, Andrzej Jakubecki (with terms from November 7), Bronisław Sitek and Andrzej Sokala (with terms from December 3 and 9, 2015, respectively) as judges of the Constitutional Tribunal. They were to replace five judges whose terms of office ended on November 6 and December 2 and 8, 2015.

President Andrzej Duda did not take the oath from any of the people elected by the Sejm of the 7th term.

On November 19, 2015, the Sejm of the 8th term passed an amendment to the Act on the Constitutional Tribunal, which provided for, inter alia, re-election of judges. The law was passed by parliament and then signed by the president within a week of receiving the bill by the Sejm.

On November 25, the Sejm adopted five resolutions "on the declaration of the lack of legal force" of the resolutions on the election of five judges of the Constitutional Tribunal by the Sejm of the previous term.

On December 2, 2015, the Sejm of the 8th term adopted resolutions on the election of Henryk Cioch, Lech Morawski, Mariusz Muszyński, Piotr Pszczółkowski and Julia Przyłębska as judges of the Constitutional Tribunal.

Resolutions on the appointment of five new judges were published in the Polish Monitor on December 2, 2015 in the evening, about 2 hours after the end of voting by the Sejm.

On December 3, four judges sworn in by the president, assisted by officials from the Government Protection Bureau, entered the premises of the Constitutional Tribunal.

2. Constitutional institution of the judiciary in Poland, the main task of which is to enforce the responsibility of the highest organs and state officials for violation of the Constitution or other legal acts, in connection with the position held or within the scope of their office, if this act does not constitute a crime (in other words: committing a constitutional tort) and for common and fiscal crimes in the case of the President of the Republic of Poland.