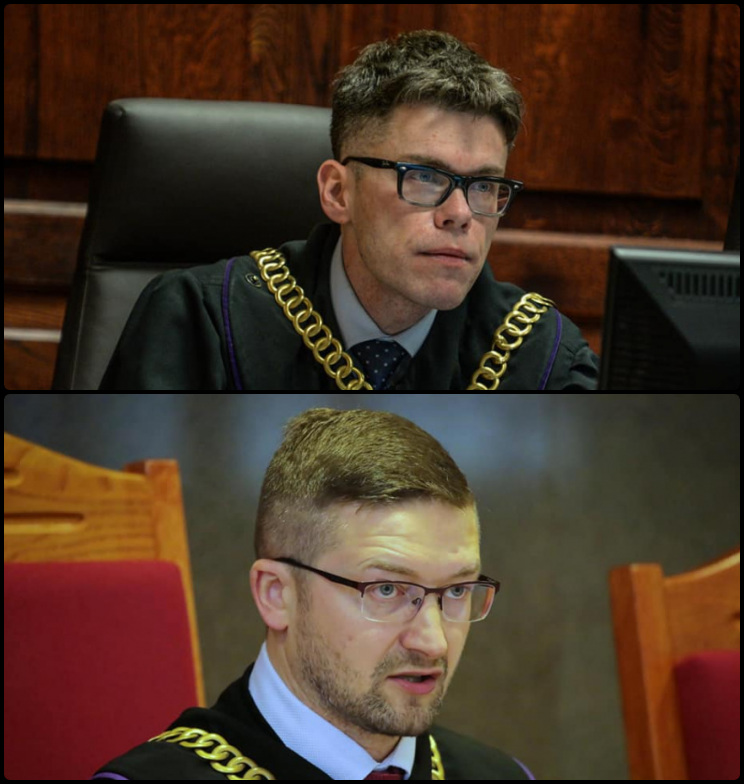 Tuesday, December 1st 2020, 9:00am Court of Justice of European Union in Luxemburg will host a hearing in the case of European Commission’s infringement action from October 25th, 2019, against Polish law on disciplinary proceedings against judges (case C-791/19). Two Polish repressed judges will participate in the hearing, as the audience.

Press briefings of the judges will be most probably (to be confirmed) given in the hall in front of the hearing chamber at 8:40am (hearing starts 9:00am) and during breaks.

The Grand Chamber of CJEU has already issued, on April 8th, 2020, preliminary measures requesting Polish authorities to suspend the regulations designating Disciplinary Chamber as the court of judges’ disciplinary matters.  Similarly to the case on illegal deforestation of Białowieża Forest, this measure was intended to immediately stop illegal activities. While deforestation has been successfully stopped, illegal activities against judges still take place in Poland. However, European Commission has not yet applied for penalties, due to non-implementation of CJEU’s decision.

“My adjudicating has been suspended by Disciplinary Chamber (which is not a court), due to my verdict, where I ordered the prosecution to explain irregularities attributed to ruling party MPs during Parliament’s voting” – says judge Igor Tuleya – “The next day my computer has been locked and my hearings were removed from the schedule. I lost the ability to adjudicate, without any court’s ruling”

Despite suspending of Disciplinary Chamber activities by CJEU’s verdict of April 8th, 2020, this chamber still adjudicates in the cases of revoking judicial immunity, under pretext that these are not disciplinary proceedings. All this happened after long term co-operative of Zbigniew Ziobro has been put on the seat of 1st President of Supreme Court. This situation violates Supreme Court ruling of January 23rd, 2020, stating that new chambers of Supreme Court are not to adjudicate.

Revoking immunity cases are initiated by politically dependent prosecution and accepting them enables subjecting judges to repression much more harmful that disciplinary measures, with automatic application of suspension of a judge in question. This way, judges are being disabled, unable to adjudicate, without court’s decision, by politically dependent body.

“The system of repression created in Poland against judges is aimed at all common European values. Since February 4th, 2020, when I have been suspended in adjudicating by Disciplinary Chamber for implementing EU law, nothing happened in my case. This way the politicians in Poland destroy the system of independent judiciary - removing defiant judges, creating a freezing effect amongst others, and through politically dependent National Council of Judiciary – staffing the courts with people giving no guarantee of independence and impartiality” – says judge Paweł Juszczyszyn, suspended by Disciplinary Chamber for questioning the validity of the process of establishing National Council of Judiciary.

“We expect from EU institutions bold, fast and effective actions in defense of the Rule of Law. I believe that Europeans can uncompromisingly guard the community values described in Art. 2 of The Treaty on European Union. Polish and at the same time European judges supported by responsible citizens are still adamant. Judges like Igor Tuleya and Paweł Juszczyszyn shall immediately return to adjudicating. Polish judges must be protected from political repression” – appeals President of Polish Judges Association “IUSTITIA”, prof. Krystian Markiewicz.

Polish judges contest, amongst others, the following rulings of Disciplinary Chamber:

European Commission accuses Polish authorities that questioned regulations enable to qualify the contents of the judicial verdicts as disciplinary torts and they do not ensure independence and impartiality of the Disciplinary Chamber of Supreme Court, which has been fully staffed by persons indicated by National Council of Judiciary, including 15 judicial members elected by Parliament. Commission claims, that Polish authorities disregarded the obligations resulting from art. 19.1, paragraph 2 of Treaty on European Union and failed to provide effective judicial protection in EU matters.

We would like to remind, that CJEU decided in its ruling of October 19th, 2019, that Polish judges shall decide, whether Disciplinary Chamber is independent and impartial. This assessment has been made by the Supreme Court ruling of December 5th, 2019 (III PO 7/18) ruling that Disciplinary Chamber is not a court as defined by the EU law, thus is not a national court too. This ruling has been further confirmed by the joint resolution of three Chambers of Supreme Court of January 23rd, 2020 (BSA I-4110-1/2020)